Stay Tuned to Sign up for our NEWSLETTER to receive periodic information, calls for submissions,
and much much more. 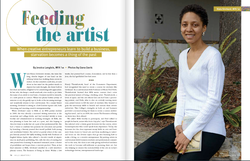 When Kiala started Generations she was an MFA student at Mills College. What began as an imaginary journal created for a class assignment eventually became real as she took a course called, "The Business of Being an Artist" in the MBA program. This article talks about the course, Kiala's participation in it, and the eventual birth of Generations.
You can read the online version of this article, here. Written by Jessica Langlois. 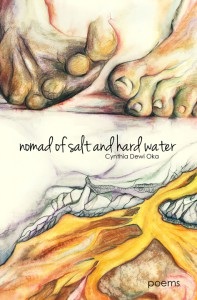 CONGRATULATIONS to contributor Cynthia Dewi Oka (Issue 4) on her debut collection of poems. If you've not read Cynthia's work, you are in for a restorative experience. She haunts you with wisdom from an old soul and inspires you to action through her revelations.

To grab your copy (which we HIGHLY RECOMMEND), click here.

CONGRATULATIONS to contributor Stephanie Yun (Issue 1) on her recent appointment as Oakland's first ever Youth Poet Laureate. Here's several places where you can read about Stephanie and follow her on this amazing journey:
Oakland North
The Post News Group
SF Bay Guardian